Michelle and I try to avoid being cliché, and do things our own way. We got married in Lobby 10 at MIT. Batman was there, and a dinosaur made an appearance. Some of our family think it’s strange we go to movies without each other. I can’t help it that Michelle doesn’t understand the understated expressions of love and family intricately woven throughout the Fast & Furious series. We waited two years to finally honeymoon in Hawaii only for the most cliché thing to happen: she got pregnant! 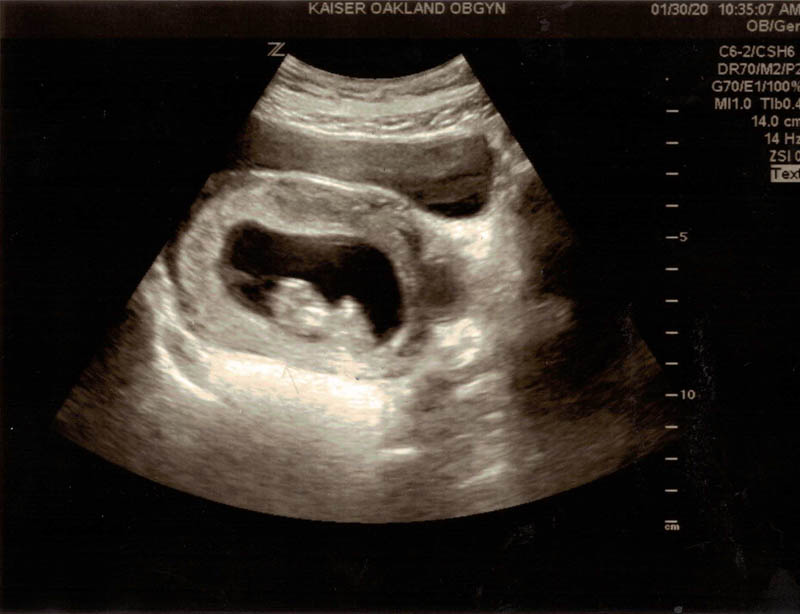 This is our son as of a couple weeks ago. He is healthy and making his mother exhausted and nauseous on a daily basis. Michelle and I are excited and terrified by what the next few months of pregnancy, and years(!) of upbringing hold in store for us!

We haven’t chosen any names yet, but bidding for ten-year naming rights starts at $500K. College ain’t cheap!

This kid is already changing things for us. We are moving to a slightly larger apartment that can better accommodate a crib and other baby needs. It’s still a one-bedroom, so y’all still can’t stay with us. At some point we’ll have to say goodbye to Michelle’s Mini Cooper. Like the apartment, it’s a little too cramped with a car seat. But, hey, maybe I’ll get the Tesla I’ve wanted for a few years!

We don’t yet have any plans for a shower. If that does happen, I expect we’ll be requesting contributions to the college fund rather than stuff to fill our apartment.

Baby (TBD) is due in late August.

So, yeah…we had a productive time in Hawaii!