This past April I attended a gala/fundraiser for Huntington Theatre. It was a great event featuring the cast of A Little Night Music…and an auction…oh that auction. I had joked with another attendee that I intended to win the lot featuring Hamilton tickets. No one was more surprised than me when the guy at the kids table at the very back of the room won!

Technically I lost (which is what I wanted), until the the auctioneer mentioned they had not one, but two, packages. “Would the gentleman with the lower bid like to match, and take the second package?” “Hell no!” I thought to myself, along with “why is the entire damn room staring at me!?” And that’s pretty much how I went from losing at $13,000 to “winning” at $14,000. (This was also the moment I wish I drank…heavily.)

As Michelle can attest, I played it cool throughout the night. I didn’t scream and cuss until after we were in the car!

We took the jet the first weekend and stayed at The Towers. We also spent the weekend seeing Cirque du Soleil’s Paramour; visiting the Statue of Liberty, Ellis Island, and The Intrepid Sea, Air & Space Museum.

The second weekend was a day trip for a matinee performance of Hamilton…which is the best show I’ve ever seen!

The photos below give a glimpse of the weekends. 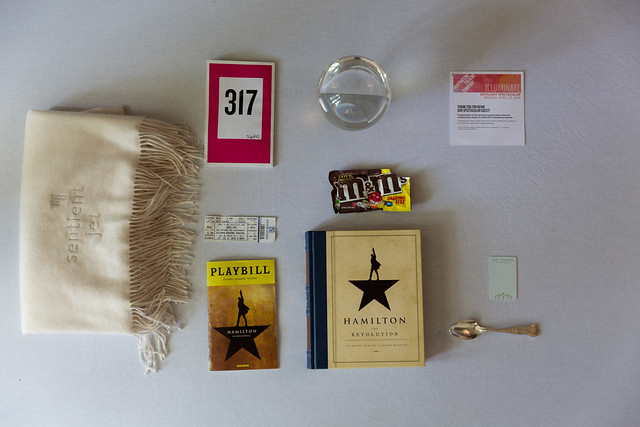